What Kind of Father?

There are two books I have read recently by Jack Frost that I would highly recommend. Spiritual Slavery to Spiritual Sonship & The Father's Embrace. How do you view God? Sadly for most of my life I saw him as the angry old man in the sky. I returned his imagined anger at me by being angry with him. Many days I cursed him for the darkness in my life. I can't tell you how that has changed for me other than to credit our loving Father. I just know I have changed my views of him and my views of myself as well. 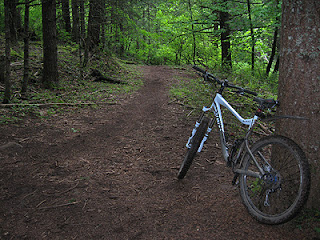 Occasionally an event happens that gently and humbly reminds me that I am not the man I once was. Monday afternoon I went for a bike ride. I am not a huge cyclist and in fact I stay off busy roads as much as possible. Fortunately where I live leads to an almost perfect place to bike to meet my needs. I biked to the boat ramp at Carolina Beach on the waterway and then to the State Park, which is my favorite place to bike. Bike lanes, woods, occasional deer sightings, and the river down by the boat ramp that offers one beautiful sunset after another.

It was near the ramp that I made a mistake. I saw how clean the trail in the woods was and I followed it to the next road. It was exhilarating right up until I stopped in my driveway and noticed my bag had come unzipped and I had no keys or phone. Julie, (my girl friend) had left her little dog Sydny with me and he was barking furiously for supper. What do I do? Here is what I did not do. I did not cuss and bemoan my bad luck as I once would have. I was anxious. There is no doubt of that fact.

I borrowed a phone from a neighbor and left a distress call at Julie's work. I jumped back on my bike to retrace my path. There was very little light left. I prayed and asked God for guidance. Now my intention was to retrace every part of the path but as I entered the main road I felt in my spirit, "They are in the Park." Doing it in my own power I wanted to go to the first boat ramp but I chose to listen to my instincts, God, both?

It took about ten minutes to enter the State Park. I kept my eyes peeled the entire time and asked a few people I encountered if they had seen keys and a phone. I thought about the path I ventured off the road for and thought that might be the best place to search in the remaining light of the day. I walked my bike down the path growing more concerned with each step and then I stopped. I got down on my knees by my bike and poured out my concerns to my loving Father. I continued to walk down the path and right in the middle of the path I saw my keys. I was overjoyed. The phone was nowhere in sight but I thanked God immensely and said if I have to pay for a phone so be it. Thank you.

I was not giving up and I recall something Julie says often. "You have not because you ask not." I asked for a good Samaritan. It was 5:40 and the Park closes at 6. I saw two cars in the parking lot by the river. I biked to one and asked if they had a phone, which they did not. I was going to try the trail one more time. As I reached the area there was a couple loading their dogs into their car. I asked if they had seen a phone and they answered no. I asked if they would call my number every couple of minutes as I walked the trail and they said yes. It was almost dark and I was halfway down the trail and still talking with my Father. All of a sudden I heard Christy Nockels singing 'Waiting Here for You.' (my ring tone) I raced to the sound before the song stopped. I found my phone face down off to the side of the trail. I answered the phone and exclaimed in a voice that might have punctured the poor lady's ear drum.."Thank you Jesus." I calmed down and thanked her repeatedly for their help. She was kind and told me that they were glad to help.

As I biked home I was thanking God out loud and just so grateful that he took the time to help with a problem that was not earth shattering. I prayed that he bless the couple who took time to help.  Mark 9:41 I tell you the truth, anyone who gives you a cup of water in my name because you belong to Christ will certainly not lose his reward.

It was not the end of the world if someone had to come let me in my house and I had to buy new keys and a phone. I once viewed God as someone who grudgingly did something to aid me on occasion. There is no problem too big or too small for a loving Father.  It won't always work the way it did for me in this situation, but how I react is of the greater importance.

As I thought later about the events that transpired, I thought of how I wanted to do the entire route my way. What would have happened? For one thing I would have run out of light sooner but of far greater significance I would have missed that couple who helped me. One more minute and they were driving away.

Sydny was rewarded also. He gets quite adamant about his time to eat in the late afternoon. I gave him some chili con carne with his dog food. He was as excited as I was to find my keys and phone.

How do you view God? I view him as a Father who seeks intimacy with his children. He wants to embrace us. Think about the two books by Jack Frost I mentioned in the beginning. You can't work your way, follow the law, or be good enough to find intimacy with God. It is his grace that allows that and his grace is sufficient for all.
Posted by billybeasleyblogspot at 6:43 AM 1 comment:

Who Cut in on You?

Our God has different avenues to speak to us. Many years ago I was walking down a lonely dark street and I experienced a whoosh from head to toe.I heard words so clear, so precise, so life changing that I can only refer to that time as a Road to Damascus moment. I gave up a life of drugs, promiscuity, immorality, endless parties, and was born again.

I was passionate about my discovery that God was indeed real but in the years to come I fell far away, and I never saw God as the loving father that he is. He was still the angry finger pointing God that was taught to me in my youth.

Many years later I found myself back in the church I joined in the 80's but had not set foot inside the building in many years. That was almost six years ago. I connected with virtually no one and kept people at arm's length who tried to just be friendly. I did not belong and yet I kept returning.

There has been no Road to Damascus but ever so gently a loving Father began to call me home. He understood that I was not ready yet to let go of the things that I was drawn too and yet also haunted by. He was the consummate gentleman.

The first significant episode I can recall occurred as I was sitting alone in the pew minutes before the service began. I picked up the Bible held in the rack in front of me and opened it without thought. My eyes fell upon the scripture from Galatians 5:7  You were running a good race. Who cut in on you to keep you from obeying the truth?