That Is Your Opinion (It is neither right or wrong) 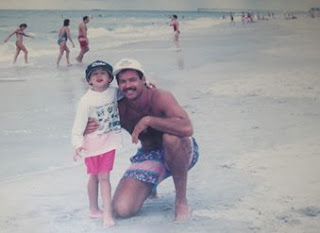 The title of this blog derived from numerous conversations with a very young Micah Beasley. I know this will shock some of you who know him but Micah pretty much arrived into this world with many strong opinions. He was quite animated as he shared just what was what. Many times I would calmly state to him.

"That is your opinion & it is neither right or wrong. It is what you think."


Of course he challenged me on this but I kept on....Wash, rinse...repeat.

Those of you who have followed my journey on this blog site have become pretty accustomed to my honesty about the mistakes I have made. How I have been my own worst critic throughout my life.  So allow me this time to actually pat myself on the back.

I have opinions. We all do. But I don't state my opinion with disdain for those that dare to have a different one. I am pretty respectful of others thoughts & I don't make the assumption that just because I think a certain way that makes me right & the opposing view wrong. We all like different things & I often say, "It would be a boring world if we all liked the same things."

I think it is a habit-a very bad one & many people don't realize how rude they are being by dismissing someone & what they think just because it does not align with their thoughts.

My two cents since this is my blog. Is it possible that when we really love something that we just can't believe someone else can't see how great it is? A food.. a place to live..to visit..an activity. My friend, Ray (my age) shared with me recently that he had people make fun of him because he has really got into Frisbee Golf. I didn't make fun of him & in fact I told him next time we have our quarterly meeting that I would join him in his favorite activity. People criticize so easily something that they are not interested in.

While I am on the subject of homes-I was a single man for a very long time & boy regardless of where I lived a woman that was I dating would inevitably walk in my house & say, "This place needs a woman's touch." Why would we decorate the house like women lived there when they didn't? Somewhere I wrote once that a home is to be respected & I don't care if I enter a house for the first time & they have a 8' by 10' mural of NASCAR in the living room. Would I do it? No. I don't even like NASCAR. I know you can't believe a southern boy like me who grew up around it & had a cousin next door that raced NASCAR for a couple of years but I don't care for it. But I don't look down my nose at people who do enjoy NASCAR.

Don't disregard someones home-where they choose to live. I think that is pretty sacred to people. I respect that. There is no better. It is what we prefer & that is not a right or wrong answer.

When you have a strong opinion about something you can tend to make every story play your way to the point of not even verifying the authenticity of the story. No better example than politics. Sometimes you become a zealot with your opinions & it is easy to rule out rationale.

How about a hot topic item? Global Warming. Honestly, is the weather changing? Yes. Do I know if it is related to fossil fuels or just a change over time that will revert back? I really don't. But both sides are so absolute in their beliefs that they want to be right regardless if their data is fudged. I think people are often more concerned with being right than getting at the truth & a possible solution.

"We can disagree without being disagreeable." I don't know the origin of this statement but the first time it really sunk in for me was hearing it when President Gerald Ford died. It was one of his favorite quotes. Some of his best friends were Democrats & often a beer was shared after debating on the Senate floor all day. I don't think that is happening too often these days. Stay divided seems to be the theme of political parties. Both parties are guilty. Horribly guilty.


I don't know if anything can be accomplished here. There is another word in play called introspection & some people don't seem to have any of that..

It is far too easy to take what we love..what we enjoy...& just disregard what others like...not even really listen to what their opinion is because they have the audacity to have a different opinion..

Care to see examples of this at its worst? Read comments after any article/story online. The ridicule...the arrogance of people.. Calling people stupid & worse just because they don't agree with them. If this is what your life is about...spending each day calling people names...over a difference of opinion...people you don't even know...well to me that is one sad existence.

I am certain God does not desire us to behave that way. We can make following God so complex. But how about this one rule for how we treat each other?


Galatians 5:14 For the entire law is fulfilled in keeping this one command: "Love your neighbor as yourself."

Imagine if we lived this scripture each day to the best of our ability. If we love our neighbor as we love our self. We won't lie, cheat, steal, covet, be jealous of, look down upon...ridicule them because they are Republican, Democrat, a different race...live a different lifestyle.......& the list goes on..I will add one more..We would be happy for our neighbors triumphs. If they win the lottery we would not say, "I am more deserving. Why did that not happen for me instead of them?"

A great example of this would be my best friend, Jack. He is not a reader. Not a writer. His passion is boats, fishing...salt water. But I can't even begin to tell  you how happy he was & is for my getting The River Hideaway, published. Even now as I struggle to find a second publisher for my other stories he told me recently he did not think that it was over. He knows writing is my passion & he could not be more encouraging. We both love the salt water. He loves it from a boat with a fishing rod. I love it sitting on the beach with a good book in hand.

Recently I watched as a young kid in the mountains met Jack. Jack mentioned fishing & the kid just lit up. He started talking about fly fishing & reel fishing & how the creek needed running water to catch trout. Jack obviously knew more about salt water fishing but the connection made by the two of them. I enjoyed watching the exchange...the passion the two of them hold for fishing. It doesn't matter that it is not something I care to participate in.

The danger is becoming so convinced of our opinions & disdain those daring to think-feel differently we can become quite judgmental about it. We judge others who do not like what we like. Pretty sure the Bible covers not being judgmental on a couple of occasions.

So try to respect other people & their opinions even though gasp they may differ from yours. Who knows in the process maybe you can learn something & view things in a slightly different way & maybe, just maybe we could even choose to  show grace to people regardless of who wins the election Tuesday. My world will not end one way or the other. 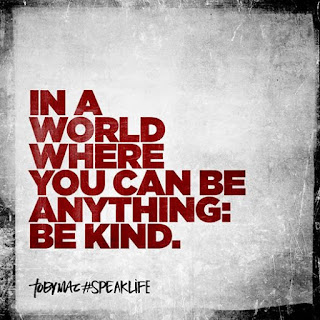 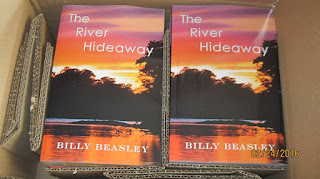 Posted by billybeasleyblogspot at 6:25 AM No comments: