The River Hideaway is a story that is based in the area of Wilmington, North Carolina. The time line is 1967. This is a work of fiction and all the characters exist only in my heart and mind. Still, I could not have written this story without growing up in the South during the time that I did.

I was a product of the first year of forced busing in our area to achieve real integration in our schools. My classmates and I left our predominately white junior high as eighth graders in 1971 armed with the knowledge that we would be the kings of our school after summer vacation. Shortly before our ninth grade began we were informed that we would be bused downtown to what had been two predominately black schools that now would serve as ninth grade centers. It was a clash of cultures that proved interesting to say the least. 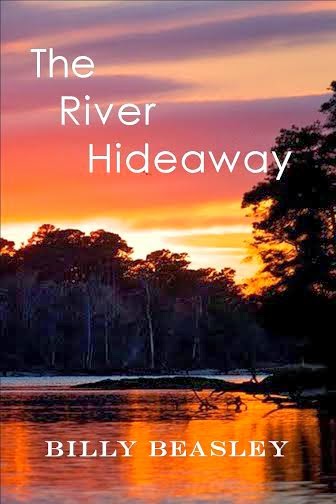 Wilmington, NC, like much of the south was a place of much civil unrest during my youth. We were on national news when a curfew was installed because of rioting. There was also the famous Wilmington 10 trial.
As a boy, I was very close with my Grandmother, Ruth Rogers, and had a more distant relationship with my Grandfather, Jack Rogers. They ran a local fish market until I was nine years old.
We were watching racial riots play out on television when my grandfather said something I hold dear to this day. He was not an educated man but looking back as we watched white and black fight over skin color he said a simple but very wise thing. "Good and bad in all. Good and bad in black. Good and bad in white." I did not realize then what gives me great pride today. My Grandfather delivered fish to black neighborhoods and sat and ate with his customers during a time that was not done. My mom said that she truly believed that Granddad saw no color. My grandparents have long ago departed this earth. But there was a time when I was in the work force as a young man and I would cross paths with an elderly black person and as we shared stories I would mention the fish market. It warms me to this day to recall the endearing voice used when someone would say, "Mr. Jack was your Granddaddy!"

I also recall during that time of unrest  recall sitting in the Southern Baptist Church my family attended and thinking shouldn't this be where we bring our differences? Isn't God's love what could heal all of this ugliness? I did not dare voice that. I knew I was in a place where they would rail against drinking a beer while telling racial jokes in the parking lot. My mom once shared a story that a choir from another area visited our church. The choir contained a black girl. People left and that included some of the deacons of the church.

The idea for the book came to me while watching one of my favorite movies, "A Time to Kill," with my best friend Jack Humphrey. At some point I said to him what if this rich white kid and a black kid meet on a basketball court back in the 60's and become best friends? Many years later here we are.

One of my favorite scriptures is 1 Samuel 16:7. ...People look at the outward appearance, but the Lord looks at the heart."

One of my favorite characters in The River Hideaway has a belief that 'Hearts have no color.' I concur wholeheartedly.
It is safe to say racial issues have intrigued me for a long time. Next is a blurb of The River Hideaway.
The year is 1967 and Wilmington, NC, like much of the nation is embedded in racial turmoil. Bret Marin and Money Wilkins, two boys on the cusp of manhood meet on a basketball court where each earns a measure of respect that leads to an improbable friendship.

Bret’s life is constructed around his love for his little brother Alex and hatred of their cruel wealthy father. Money Wilkins possesses no external luxuries but thanks to his proud black father, Clarence, a builder of houses and lives, he has the greater riches. When his beautiful sister Teke visits it sets off a series of events no one could foresee. The most chilling being the dark night the Klan appears.

Posted by billybeasleyblogspot at 5:44 AM