A Letter to my Son

It is hard to believe that my son, Micah, will turn 30 next month. Last week I had a long ago memory visit of my one goal as a parent that I often said when he was a child. It was not that he would be rich, educated, a ballplayer. I had one very simple goal that I don't think I ever shared with him until I wrote it in a card for him this week. 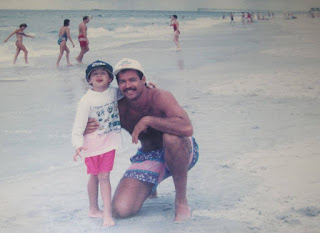 As an adult, will he when faced with a troublesome issue think I can talk to my Dad & he will listen? He will help me sort this out. My thinking was that if he did that than I had done okay as his Dad.

I knew even when he was little I would not be that parent with a desire to control my adult child's life. That kind of defeats the purpose. You raise a child & then you let them go, or at least that is my philosophy. You will always be their parent. Always be there for them but it is their life. Will they fail at times & make wrong choices? You bet they will but didn't we as well?

I wrote my son this week, not asking for a pat on the back but an honest answer. Did I meet my one goal? Do you think that my Dad can help with this problem? Do I listen thoroughly to you or do I start dispensing advice before you finish?

Lots of parents routinely do that with their adult children. Some are even a big part of failed marriages because their children are not wise enough to live out all of Genesis 2:24..


2 For this reason a man shall leave his father and his mother, and be joined to his wife; and they shall become one flesh.

I always loved the part of the two becoming one...the intimacy. But after one particular failed relationship I realized the importance of the first part of this scripture.  There comes a time to leave your parents & forge your own way. A husband & a wife need to run their own race as a couple. Seek advice from your parents-yes. Allow them a voice in your marriage-no.

I wrote to my son that if I am failing in this regard both now & in the future, tell me. I will correct it. Life is to short & often the things allowed to remain unchallenged in a family become the very matters that construct walls that imprison families. It is difficult to break habits & often hard to see our own bad habits in how we interact with our family. Some find it easier to fashion the Norman Rockwell painting that they know did not ever exist. I never could buy into that. It is only with dealing with the truth in any relationship that we can break down the barriers & reach a better place. Pretending things are better than they are is like putting a band-aid on a deep wound.

There is another thing I wrote in that card. I want Micah to learn not only from the good things I have taught him but I want him to learn from the things I did wrong. There are many important life long lessons I have taken to heart from my Dad that were anything but positive. The things he did I knew were wrong & even as a child I swore I would not be that way with my own child when that day came.

My Dad was a good man but he was like a lot of men in that era. They left the parenting to the Mother. But I still learned because they were still failures on his part. He could not apologize & admit to being wrong. Never once to me in my entire life. But I learned. Maybe in reverse but I learned & I am grateful. Grateful that I often said to my son, "I am sorry. I was wrong. Please forgive me."

Micah also never went to bed at night without hearing I love you. Even to this day. Every phone call, visit,  ends often in multiple I love you's exchanged. Again I learned this in reverse from my Father & Micah it is okay that you learn in reverse from me. I failed often. I realize that. I own it.

As I have written before that my idea for The River Hideaway came from watching one of my favorite movies. A Time to Kill.

There is a wonderful exchange between the young attorney, played by Matthew McConaughey & his mentor, Donald Sutherland.

Jake Tyler Brigance: I can't be you, Lucian.
Lucien Wilbanks: Don't be me, Jake. Be better than me.

I  have thought of that line often in regards to Micah. Don't be me. Be better than me.

I love you son. 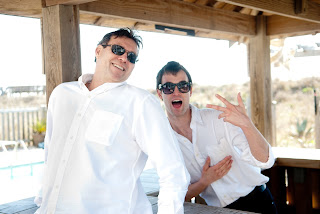 My adult son. My best man on Julie & my wedding day. 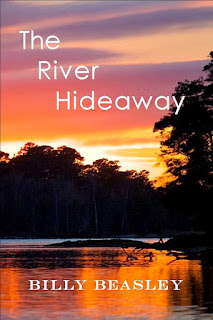 Posted by billybeasleyblogspot at 10:52 AM